A Twitter user has asked if it’s better to warn a woman who is dating your “trashy” male relative to let her know what she’s getting into first, or if you should leave her to go ahead even though you know the relationship is not in her best interest. Entrepreneur, Glory Osei tweeted: “Are we allowed to warn women when they date our males family members that are trash? Something like, I know you really like this my cousin but I just want to give you the heads up that he is trash human. Or are we supposed to unlook and let them discover it by themselves.” Twitter users had interesting replies to give. Some said it’s best to warn the girl. Others said warning the woman may end in her going to tell the man, ultimately causing a family feud. Some said it’s best to let the woman find out on her own. Read some of the replies below. 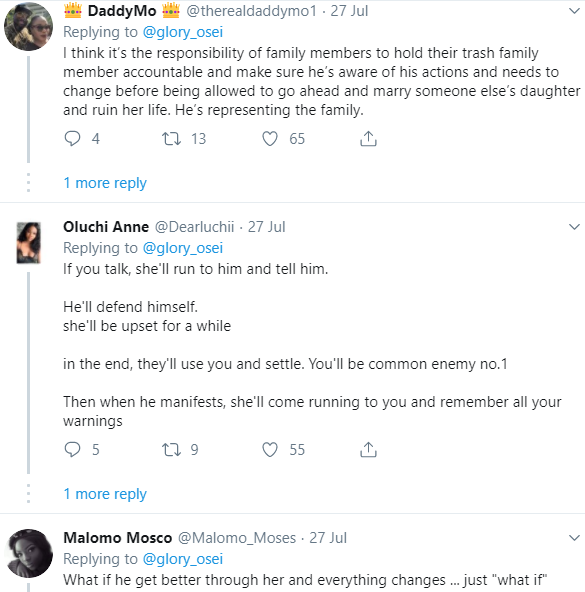 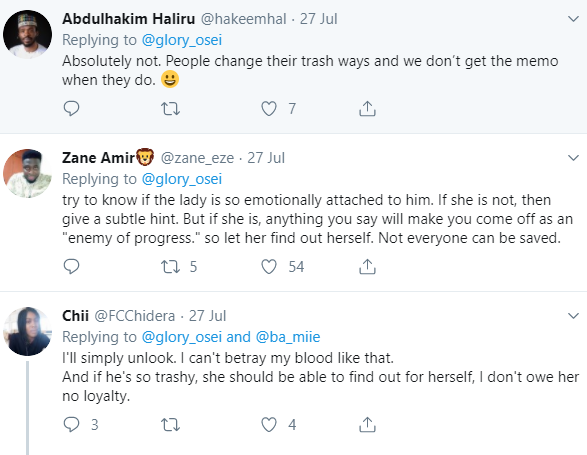 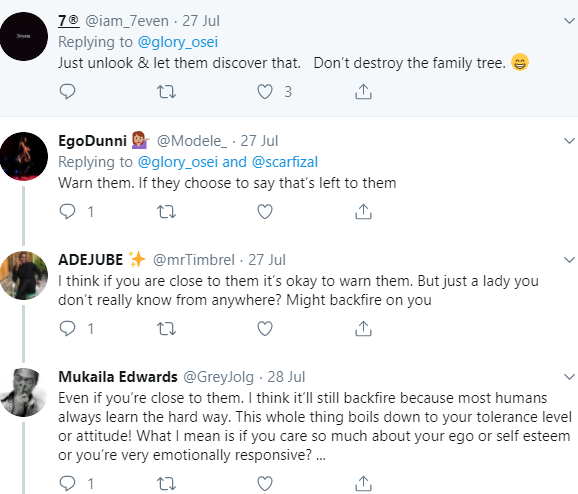 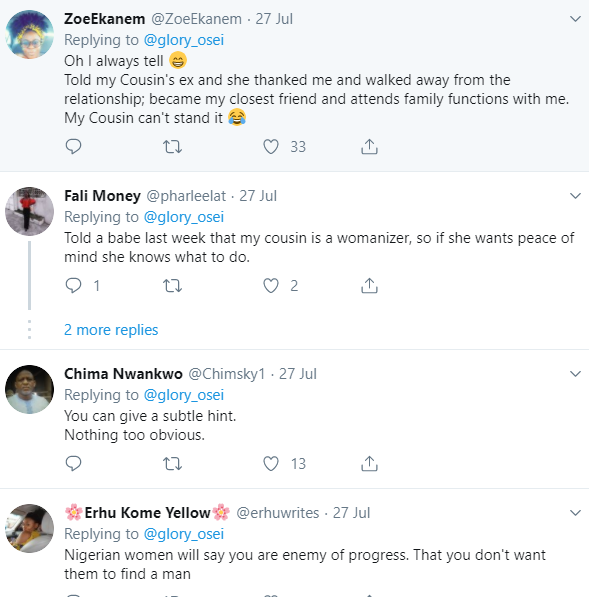 The post Should you warn a girl dating your “trashy” male family member that he’s trashy? Twitter user asks and gets interesting responses appeared first on Linda Ikeji Blog.