A mum has been charged with the murder of her child after she allegedly dropped her infant daughter while fighting with another woman in a car park.  According to prosecutors, disturbing CCTV footage shows Karen Harrison, wearing a red top and matching head scarf, holding her three-month-old dughter in her arms as she got into an altercation with the other woman. A fight soon broke out and the woman hits Harrison with her shopping bag around the head, close to the baby. Immediately, Harrison drops the baby and both women start fighting, police say. 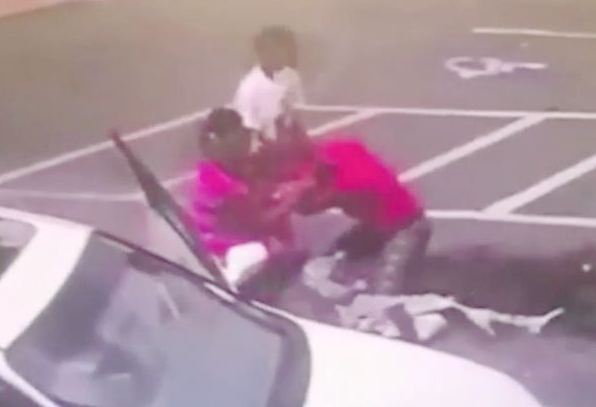 An eyewitness is seen carrying up the child, who had already suffered an injury.  The baby was taken to hospital the next day and Harrison is said to have lied to doctors about how she became injured. She claimed the baby fell from the arms of a family friend. The baby later died from her injuries and the child’s mother was arrested. 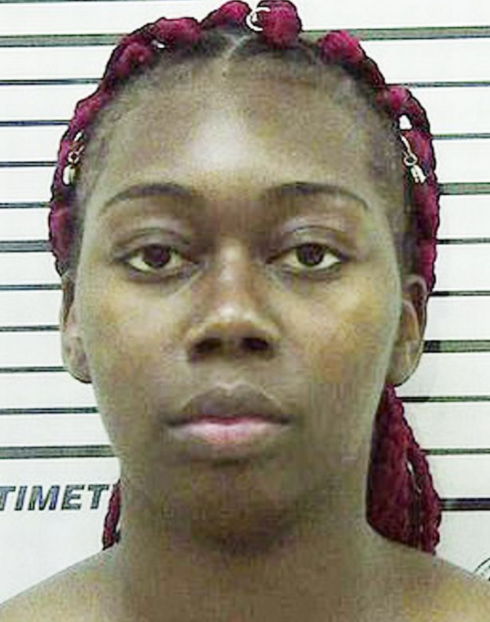 Lieutenant Freddie Williams with the Moultrie Police Department, told WTXL: “We investigated the incident and determined the baby did not receive his injuries how it was reported. “It was reported to us that the baby had fallen from the caregivers arms and received the injuries. Then we got information that there was a fight.” He added: “This is very disturbing, that two adults would fight in public place. Especially while holding a three month old child in her arms.” Police have not yet released the name of the other woman in the fight. She has not been charged. The child’s mother faces charges of felony murder and child neglect. Her friend who claimed to have dropped the baby at home, Carneata Clark, has been charged with providing false statements and obstruction of an officer. 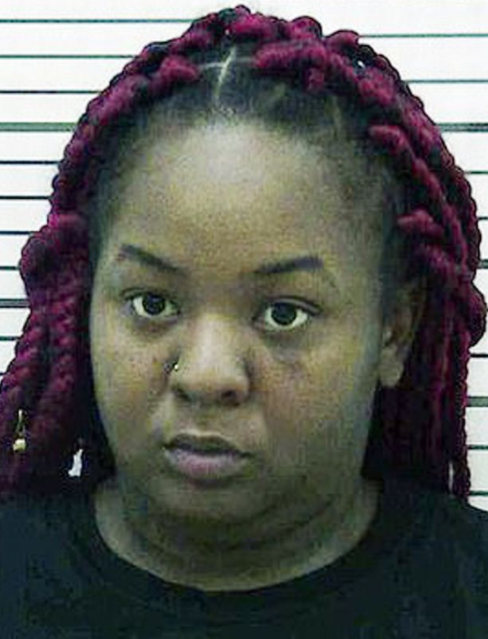 Both have been remanded in custody. Watch the video of the fight below. The post Mum charged with murder after dropping infant daughter during car park fight appeared first on Linda Ikeji Blog.