Lewis Hamilton has sparked concern after sharing a worrying message to his fans on Instagram. On Tuesday, October 15, the Formula One driver, 34, shared a post about giving up on everything’ and wants to ‘shut down completely’ via his Instagram stories. Lewis wrote: ‘Honestly, I feel like giving up on everything. Shut down completely. Why bother when the world is such a mess and people don’t seem to care. ‘I’m going to take a moment away to gather my thoughts. Thank you to those of you who do give a d**n about the world.’ 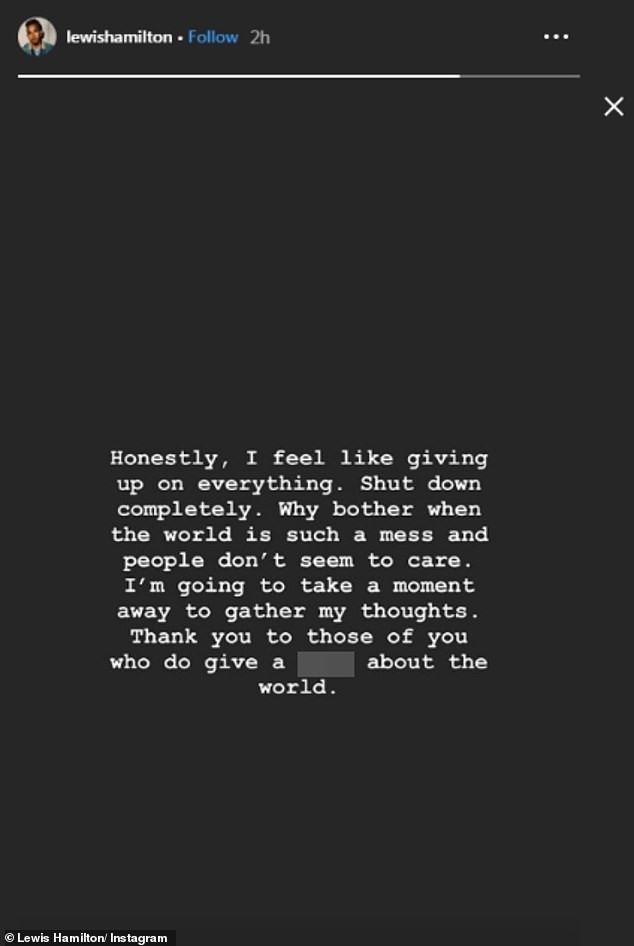 The post has left many of his fans worried with some asking questions about Hamilton’s current state. One wrote: ‘Please don’t give up on the world. There are people that care, whilst the world may seem c**p at times you have to look for the positives. I promise you there are some.’Another fan typed: ‘I am so concerned about Lewis. Hope he is ok.’ The post Lewis Hamilton sparks concern as he tells fans he feels like ‘giving up on everything’ and wants to ‘shut down completely’ appeared first on Linda Ikeji Blog.