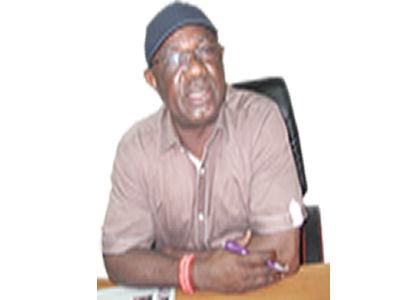 Dr. Boniface Aniebonam is the National Chairman of the New Nigeria Peoples Party (NNPP). In this interview with TEMITOPE OGUNBANKE, he spoke on 2019 general elections, political alliances and restructuring, among other issues

How prepared is your party, the New Nigeria Peoples Party (NNPP) for the 2019 general elections?

We are prepared like any other party and we are not a new political party; our party is as old as 2001. And since then, we have been on it and we are doing well.

Is there possibility of your party going into alliance with any political parties before the election?

Have you seen our party in any form in all those things you see that people do. The essence of multi-party system is to create a political space so that people will have opportunity to test their popularity. There is nothing wrong about alliance; but if you want to go into alliance with anybody, then you must see to the extent that both of you have the same ideology.

But some political parties have already pitched their tent with either the All Progressives Congress (APC) or Peoples Democratic Party (PDP) for the 2019 elections.

They at liberty to do so. Do you see our party pitching our tent with PDP or APC? Our party is older than APC. Our contemporary is PDP if you want to look at it from that angle. But that is not even the issue; the issue is that we are a registered political party; national political party and we are working toward offering service to our people. There is nothing to be in hurry about that.

Some people have predicted that the February 16, 2019 presidential election is going to be a straight battle between APC and PDP. Do you agree with that?

That is there thinking; that is there assumption and of course they have the constitution right to do so. All I know is that all the political parties are equal before the law and all of them are going forward to provide the leadership for the country.

Do you see your party, NNPP benefitting from the demand by some people that there should be total departure from both APC and PDP in 2019 elections on account that both parties have failed Nigerians?

The nomenclature of our party says it all; New Nigeria Peoples Party. Even myself as leader of the party, you could see how I voluntarily step aside from the leadership of National Association of Government Approved Freight Forwarders (NAGAFF), which I founded. I think we must understand the need for us to create space for the young once to bring in new ideas. People should know when the ovation is loud; they step aside and allow fresh ideas to come in.

In that contest, would you support the agitation that more youths should come onboard in 2019 to hold public offices?

The youths have their roles to play, the elderly one also have their roles to play; both of them must work together. Power is not given; power is taken and to do so, you have to be in politics. In democracy, you look at the issue of participation and they should be committed to what they do and have an ideology that should be able to win people on your side. I think we are just merely encouraging other political parties to lose hope because of APC or PDP. The parties are duly registered by the Independent National Electoral Commission (INEC) and all of them are equal before the law, so all we need is to work hard. And it is not how many times you contested election and lose that matters but each time you contest and lose, how many people were you able to get to your side. And until you get it right; it is not over until it is over. So, it is all about building a greater Nigeria and that is the focus of our party.

Talking about building a greater Nigeria, some leaders in the past while contesting for elections promised to do a lot of things, which they hardly do when they get to office. Why has it been difficult for politicians to fulfill campaign promises?

You are dealing with human beings and there is nothing exceptional about that; human things are bound to feel that way. And you have limitations as to what you can do to such top people. The only thing that can solve that is the law. Therefore, a good society can only be obtained when people respect the laws of the land; when people obey the laws of the land. There is need for government to take appropriate measure whenever someone run fowls of the law and that is why the judiciary should be up and doing so that we can model a good government.

Why has it been difficult to build a Nigeria, which many citizens would be proud off?

What is difficult in it is that it is about politics. It is about interest; who gets what, how and where? You are dealing with human beings and you can’t change them. The only way to change them is through law of engagement; the law of the land. When you are dealing with a human b e i n g , you can’t predict a human being. That he wants to do is what he wants to do. If he goes to the contrary against the law of the land, the law will take it up.
Restructuring is one of the agitations of different stakeholders in the country, who believe that Nigeria cannot grow and develop without the country being restructured. What is your take on this?

If you look at things with open mind, you will know that all we need to do is to sit down among ourselves and see ourselves as one nation. In diversity shall lies our strength, therefore respect other people feelings for us to live in peace. So, if you want to restructure the country; the word has always being restructuring Nigeria, a new Nigeria, rebranding Nigeria and all that. I think what we need to do now is to put it in writing probably through legislation to have a country where the state and local governments can be autonomous; there would be resource control and all that. All we need to do is for Federal Government to look at the white paper of the great minds that were assembled in the past and see how we can make Nigeria a greater country.

Are you referring to the report of the 2014 National Conference?

It is not even only the National Conference report; there are other sittings that were in the past. So, Federal Government should bring all these papers together and harmonies them and get a greater Nigeria.

What is your take on the refusal of President Muhammadu Buhari to sign the Electoral Act?

The three tiers of government is legislature, executive and judiciary; and that is the beauty of democracy. The beauty of the National Assembly is to make good law for good governance of the country. And the president, who is patriotic in all forms, must not change the goal post. He must respect the duties of each of the arms of government. So, if National Assembly has made a law, Mr. President for God’s sake should go ahead and sign it.

So, as soon as you got there, all you need to do is to put your background behind you and take Nigeria first because it was Nigerian people that voted you into that position, not only APC or PDP;not only New Nigeria Peoples Party that voted you into power. And that is why America will tell you that; politics unite us, economy unite us. And we need to develop that spirit. It is all about leadership at all level; either in the executive, judiciary or the legislature. They need to leave an open mind and understand that this is our country.

But some have backed President Buhari’s refusal to sign the Electoral Act on account that signing it would amount to shifting the goal post in the middle of a match since the 2019 elections is coming up in less than two months?

There is what we call doctrine of necessity if you recall; so if there is legislation that we are looking for to bring about people election, that will be transparent and credible; then that is the duty of Mr. President because that is the impetus for fighting corruption as far as I am concerned. If we really want to fight corruption in the country, we need to go institutionally; we need to look at the structure that brings about the matters of corruption.

What is your take on the position of some people that the National Assembly should veto the bill?

You need the two-third of the majority of the House and I hope they would be able to get that. If they don’t get that, it means those at the National Assembly to me are unnecessarily unpatriotic because like I told you earlier, as soon as the election is over and you get into the National Assembly, you are there to serve Nigeria; not to serve your political party.

The 2019 general election is talking place in less than two months away, do you have confidence in INEC for a free, fair and credible elections?

It is not about having confidence; it is about supporting them. It is about cooperating with them; it is about all of us leaving our mind open because this is our country. Let us not always develop this spirit of bring him down. If we think that we will sit down and be planning on how INEC will fail, then we are the one failing, not INEC.

What is your advice to Nigerians ahead of the 2019 general elections?