Sibongile Kenyatta, who said weeks ago that she has a crush on Africa’s richest man Alhaji Aliko Dangote, has tried to get his attention by sharing a nearly nude photo of herself.

The model left nothing to the imagination as she posed in barely-there underwear. The underwear only managed to cover her nipple and her lady parts. Across her crotch was the word “baddest”. 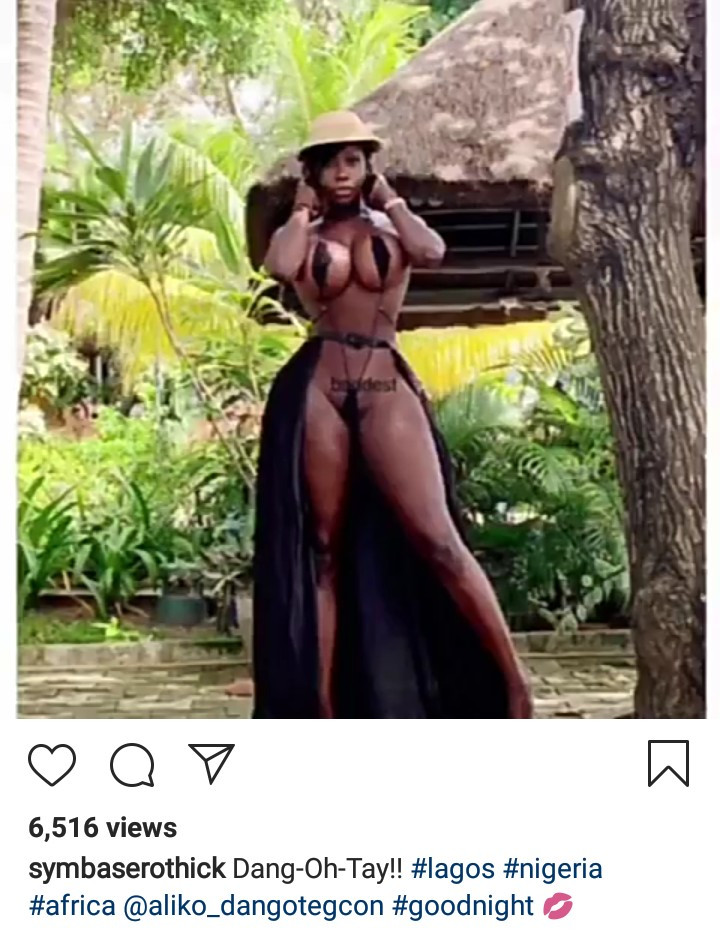 Sibongile, popularly known online as Symbas Erothick, tried to get Dangote’s attention weeks ago. At the time, she declared that she loves him and said it wasn’t just about his money (read here).