Tekashi 6ix9ine and three of his associates are in federal custody after being arrested on Monday.

Tekashi 6ix9ine had been given a plea deal in an alleged assault case involving a New York Police Department officer. The rapper pleaded guilty to a lesser charge of disorderly conduct and was told he’d need to stay out of trouble for one year to avoid jail time. Tekashi 6ix9ine was also on probation for violating the terms of a plea agreement related to his 2015 arrest for using of a child in a sexual performance.

Reacting to the news, veteran rapper 50cent wrote, ‘my son got picked up, I told him don’t call me shit. The Fed’s on you nigga,call ya momma don’t put the FBI on my phone’. 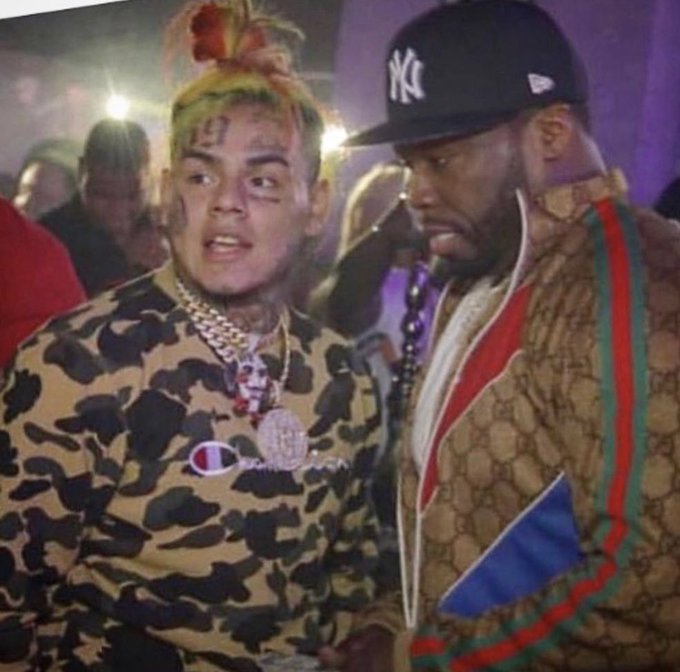 My son got picked up, I told him don’t call me

shit. The Fed’s on you nigga,

don’t put the FBI on my phone.

12.6K people are talking about this